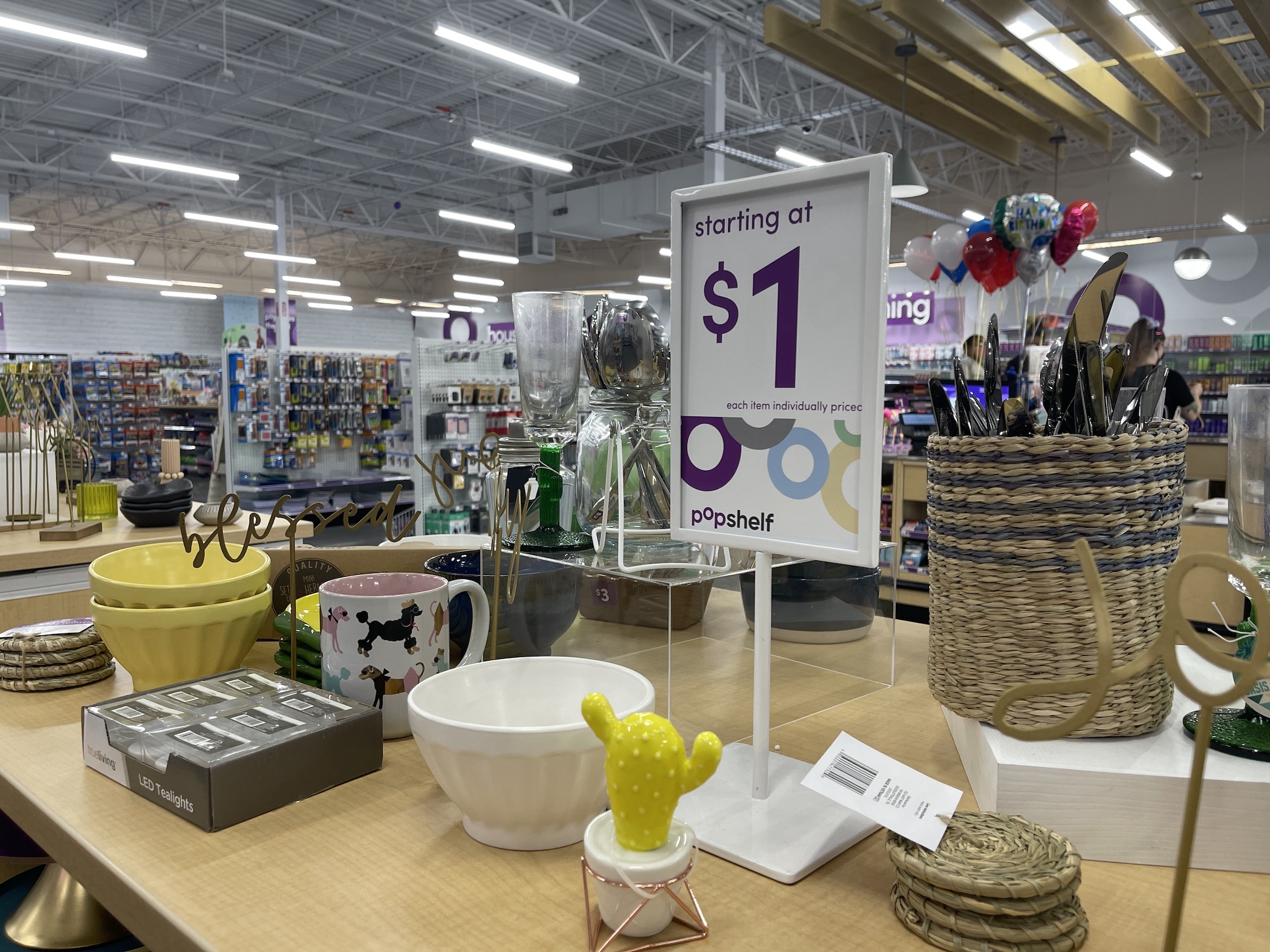 Dollar General is accelerating plans to open more of its Popshelf stores, a new retail concept the chain introduced in October 2020. (Richard Lawson/CoStar)

Dollar General’s newest retail concept focused on higher-priced items and smaller stores has been so successful in luring shoppers in the pandemic that the discount chain plans to open 1,000 outlets across the United States in coming years, reflecting a push among the nation’s retailers toward less space and varying prices.

The Goodlettsville, Tennessee-based chain reported Thursday that the 1,000 Popshelf stores selling higher-priced items than its regular Dollar General brand will be in place by the end of 2025.

While other chains across the country have been experimenting with smaller spaces and different branding, the push by the discount chain, following a similar strategy of its chief rival, shows that the shift is spreading to the lowest-priced retailers. That marks an attempt that’s now spanning the retail spectrum to lure shoppers that had become more accustomed to ordering online in the early months of the pandemic.

The move has implications for retail property investors, lenders and brokers because it adds to the growing indications that various types of chains could be looking for smaller spaces in years to come. For Dollar General, the shift to more desirable smaller spaces also comes as the chain joins other retailers in needing to counter the effects of inflation in recent months on sales.

Neil Saunders, managing director of British analytics and consulting company GlobalData, said in a statement that higher inflation on essential goods generally has led to shoppers cutting back on discretionary items. That could curb the advantages Dollar General gets from higher priced merchandise in the Popshelf stores.

The cutting back by shoppers “is bad news for Dollar General as it not only reduces impulse buying but does so in higher-margin categories,” Saunders said.

Dollar General launched Popshelf in October 2020 to target women in economically and demographically diverse suburbs with annual household incomes between $50,000 and $125,000. The product focus is largely on seasonal and home decor, with pricing for most merchandise under $5.

Popshelf stores typically are about 9,000 square feet. So far, many have gone into retail centers.

Chief competitor Dollar Tree has also been beefing up its offerings of more expensive products in stores with its Dollar Tree Plus concept that has products priced between $3 and $5. Dollar Tree plans to have higher-priced products in at least 5,000 stores by the end of 2024.

Dollar General, which has more than 18,000 total stores in 46 states, plans to open about 1,110 stores next year, including 100 Popshelf locations.

The fourth quarter could be a busy one for opening stores. It plans to have about 1,050 open by the end of the year. The company opened 780 stores last year.

Dollar General’s plans came as it reported net sales increased 3.9% to $8.5 billion in its third quarter that ended Oct. 29. Same-store sales had a slight decrease but were 11.6% higher than 2019’s third quarter.

Sales in consumables, the chain’s largest category, improved 5% to $6.7 billion along with seasonal and home products.

But net income fell 15.2% in the quarter to $487 million compared to 2020 in what the company said was partly because of economic stimulus checks and enhanced unemployment benefits ending.