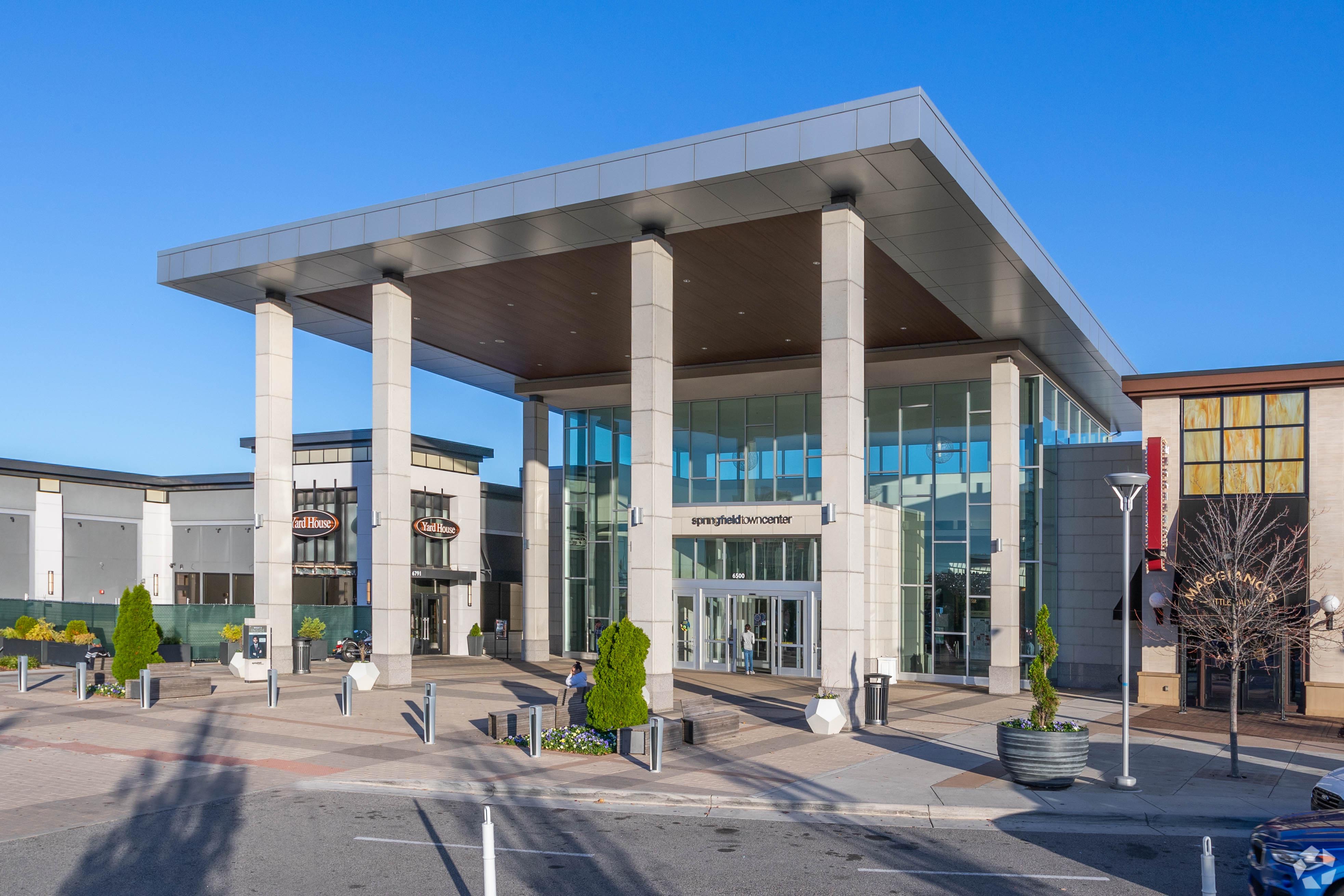 Pennsylvania REIT, owner of the Springfield Town Center in Springfield, Virginia, is one of two REITs looking to bankruptcy court to support the firm’s restructuring plan. (CoStar)

Just as the holiday shopping season swings into gear, two major shopping center and mall real estate investment trust have succumbed to the hardships retailers are facing after the pandemic forced many businesses to close and led to a rapid and massive shift in consumer spending.

Pennsylvania Real Estate Investment Trust and CBL & Associates Properties filed for Chapter 11 bankruptcy reorganization overnight after vying unsuccessfully for months to restructure their debts out of court. The REIT has owned and operated millions of square feet of retail space in more than a dozen sites up and down the East Coast and Michigan.

The owners and operators of enclosed malls and shopping centers were among the first REITs to acknowledge last spring that ongoing retailer bankruptcies and consumer and government responses to curb the COVID-19 pandemic made bankruptcy a real possibility.

PREIT filed a prepackaged financial restructuring plan under which the company seeks to be recapitalized and have its debt maturities extended.

PREIT announced last month that it had entered into restructuring agreement with more than 95% of its bank lenders. The deal was contingent upon getting approval from 100% of its lenders.

The plan calls for providing an additional $150 million to recapitalize the business. The Chapter 11 filing looks to secure court approval for a similar plan.

“We are grateful for the significant support we have received from a substantial majority of our lenders, which we expect will enable us to complete our financial restructuring on an expedited basis,” Joseph F. Coradino, CEO of PREIT, said in a statement. “With the overwhelming support of our lenders, we look forward to quickly emerging from this process.”

CBL & Associates and 176 affiliated companies also each filed petitions in the bankruptcy court seeking relief under Chapter 11, retaining the Berkeley Research Group to advise it.

CBL owns and manages more than 100 properties in 26 states, including dozens of enclosed, open-air and outlet retail centers. It said the bankruptcy filing came after months of discussions about alternatives, before executives decided Chapter 11 offered the best choice.

“With an aggregate of approximately $1.5 billion in unsecured debt and preferred obligations eliminated and a significant increase to net cash flow, upon emergence, CBL will be in a better position to execute on our strategies and move forward as a stable and profitable business,” Stephen D. Lebovitz, CEO of CBL, said in a statement.